The Only Cartridges Specifically For Cylinder Playback

Almost all cartridges made today are designed to play vinyl LPs.  LPs have deep, V-shaped grooves, and their sonic information – each channel of stereo sound – is recorded diagonally at opposing 45° angles.  This system has little in common with cylinders.

Cylinder grooves are shallow, dish-shaped and 2 – 5 times wider than LP grooves.  They’re also recorded differently.  The sonic information in cylinders is recorded as vertical undulations at the bottom of their grooves.  LP cartridges are not optimized to track or play this part of the groove.

vTrace is the product of over 8 years of collaboration with legendary audio engineer, Peter Ledermann.  Peter is one of the world’s leading cartridge designer/innovators, with specific expertise playing monophonic media.   By focusing on the unique challenges of cylinder groove geometry and recording format, Peter has addressed the fundamental causes of substandard playback.

Until now, to play cylinders, conventional cartridges have been re-wired for what’s called L-R horizontal cancellation which extracts sonic information from cylinders.  It’s an imperfect process that translates even slight performance differences between the two stereo channels into audible noise and distortion. 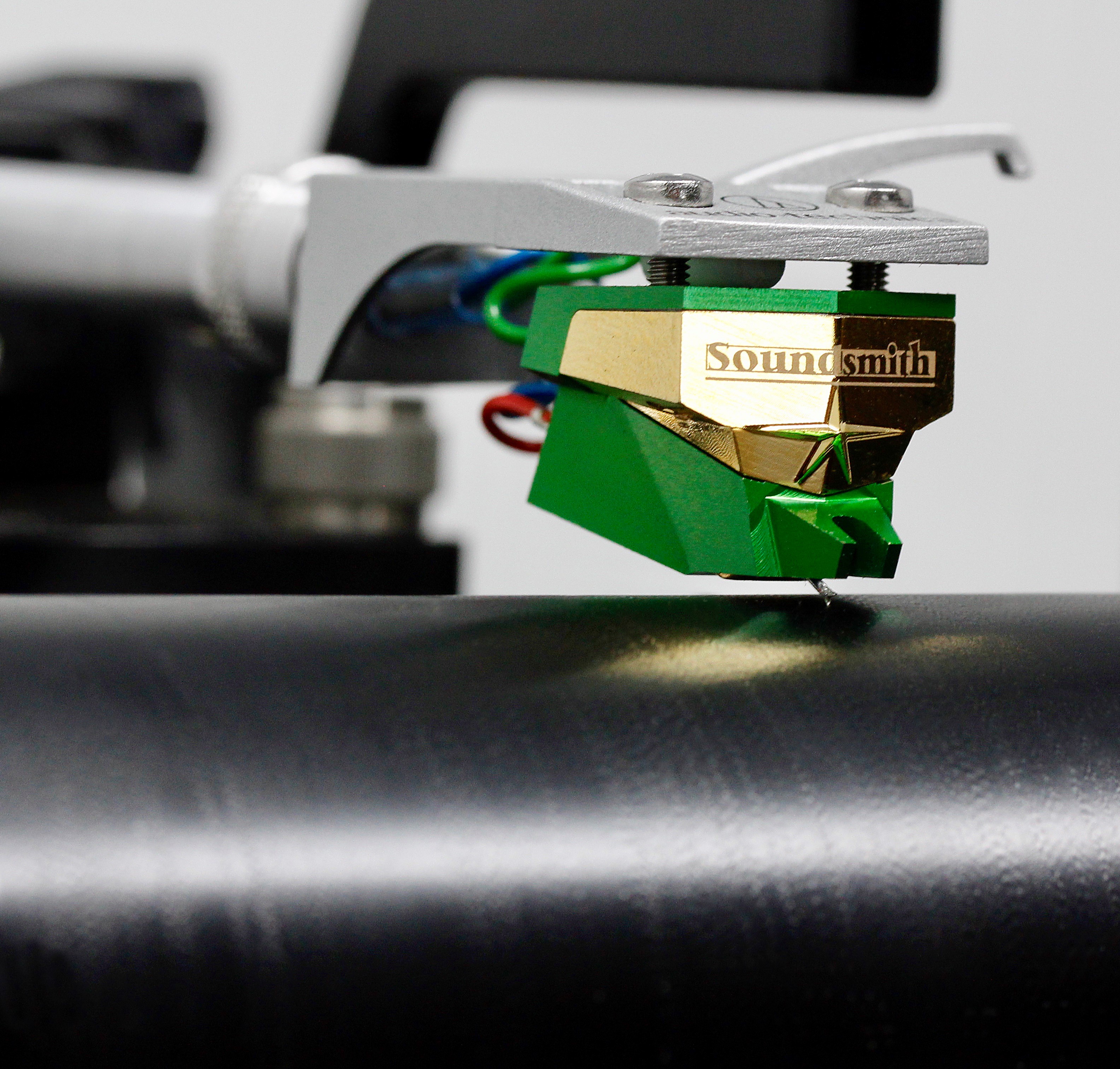 vTrace directly translates the sonic information of cylinders into audio.  With vTrace, you hear only what is in the grooves, not the spurious effects of L-R cancellation.  Content is audibly less distorted and the signal-to-noise ratio is measurably improved.

Accurate tracing of the vertical undulations at the bottom of cylinder grooves is essential for playback fidelity and minimized record wear.  Yet, softer sounds have modulations that are only about .000009” high – this is smaller than the wavelength of visible light!  The stylus suspension of vTrace is custom tuned to track these minute vertical tracings at forces as low as 1.4 grams while resisting axial drift and other horizontal influences.

Archivists and hifi enthusiasts recognize the importance of a low-mass stylus and stylus assembly (known as moving mass) for optimal reproduction and decreased wear.  It’s easy to see why.  Since stylus and stylus assembly need to change direction thousands of times a second, low moving mass is key to fidelity and optimum tracking.  Most cartridges have either magnets or coils as part of the stylus assembly which add moving mass.  vTrace has neither.  It uses proprietary moving iron technology which has at least 5 times less moving mass than moving coil designs.  Combined with custom, nude (low mass) styli, vTrace technology tracks the minute, densely packed undulations of cylinder grooves more accurately.

For decades, cylinders have been dismissed as inferior recordings.  But that’s partly because of the way they were played.  When combined with the CPS1 playback system, the vTrace Series delivers the most transparent and accurate cylinder playback available, providing archivists, restorers and collectors with the purest sonic information as well as the joy of previously unheard musical subtleties.

With vTrace, hearing is believing.